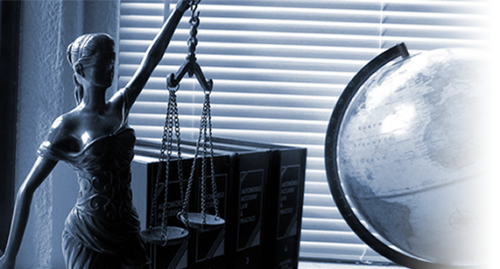 Conflict of rights and interests

International human rights law suggests a “balance of rights” approach to assess the legitimacy of state restriction to freedom of expression. The resources on this Module survey the application of this test to various areas of conflict, such as defamation and national security. Readings cover various national practices, and jurisprudence, along with academic critiques.

Can the GDPR and Freedom of Expression Coexist?

“The General Data Protection Regulation (GDPR) imposes important transparency and accountability requirements on different actors who process personal data. This is great news for the protection of individual data privacy. However, given that “personal information and human stories are the raw material of journalism,” what does the GDPR mean for freedom of expression and especially for journalistic activity? This essay argues that, although EU states seem to have taken their data protection obligations under the GDPR seriously, efforts to balance this against the right to freedom of expression have been more uneven. The essay concludes that it is of key importance to ensure that the GDPR's safeguards for data privacy do not compromise a free press.”

Competing Free Speech Values in an Age of Protest

The report “provides a global overview of the dynamics characterizing hate speech online and some of the measures that have been adopted to counteract and mitigate it, highlighting good practices that have emerged at the local and global level. It also places particular emphasis on social and nonregulatory mechanism that can help to counter the production, dissemination and impact of hateful messages online.”

"For many  years  now, an apparent  conundrum  has lurked just  beneath the  surface among European jurisdictions.  In  the Common Law countries – namely  the United Kingdom and  Ireland – full court decisions, including  the names of  the parties, are generally accessible  to  the public.  In  the  rest of Europe, governed by  the civil law, however, such decisions are normally published only with the names of the parties redacted. The apparent rationale for the former is the idea of open justice, while in the latter group of countries the idea of personal data protection reigns supreme."

Toby Mendel, Court Decisions in Georgia: How to Negotiate the Minefield Between Access and Respect for Privacy, Centre for Law and Democracy, March 2017.

COVID-19 and Freedom of Expression

“This webinar, organized by the Bonavero Institute, UNESCO, and the Reuters Institute for the Study of Journalism (Department of Politics and International Relations, University of Oxford), discusses the challenges for freedom of expression, access to information, privacy and related rights posed by measures adopted by governments around the world in response to the COVID-19 pandemic. The panel is made up of Justice Edward Amoako Asante (President of the ECOWAS Court of Justice), Judge Darian Pavli (Judge at the European Court of Human Rights), Mr. Joan Barata (UNESCO expert; Center for Internet and Society and Cyber Policy Center, Stanford University) and Ms. Jennifer Robinson (prominent lawyer with expertise in media law, public law and international law) as speakers, and is chaired by Professor Kate O’ Regan (Director of the Bonavero Institute of Human Rights).”

David Kaye on the Global Challenges to Freedom of Expression

“In this public talk hosted by the Center for Media, Data and Society at the CEU School of Public Policy, UN Special Rapporteur David Kaye discussed global threats to freedom of expression. He was introduced by Sejal Parmar, Assistant Professor at the CEU Department of Legal Studies. The agenda of the talk and themes discussed in his lecture and in the ensuing Q&A spanned the following: global threats to freedom of expression; how to promote protective measures to free speech, hate speech and access to information; protection of whistleblowers; role and liability of intermediaries and social media companies; surveillance; digital security; transparency; the Bernstein case, Apple v. FBI; code speech; different national security measures on freedom of expression, and the UN standard on the issue; Facebook posts as reasons for prosecution for incitement; Article 19; the right to be forgotten; content discrimination in relation to freedom of expression; Article 19 to promote government transparency and access to information; the Boycott, Divestment and Sanction Movement and its academic implications; academic freedom; how the Special Rapporteur prioritizes over requests and communications; and, contempt of court in relation to freedom of expression.”

Defining Defamation: Principles on Freedom of Expression and Protection of Reputation

"These Principles set out an appropriate balance between the human right to freedom of expression, guaranteed in UN and regional human rights instruments, as well as nearly every national constitution, and the need to protect individual reputations, widely recognised by international human rights instruments and the law in countries around the world. The Principles are based on the premise that, in a democratic society, freedom of expression must be guaranteed and may be subject only to narrowly drawn restrictions which are necessary to protect legitimate interests, including reputations. In particular, they set out standards
of respect for freedom of expression to which legal provisions designed to protect reputations should, at a minimum, conform."

"It is legitimate for states to exempt information whose release would be prejudicial to national security from their disclosure laws. But in order to insure that this exemption is not abused it is important to develop an acceptably narrow definition of what constitutes national security. To this end, the Centre for Law and Democracy has produced a paper examining how national security should be defined in the context of information disclosure. The paper was produced as a contribution to the “Principles on National Security and the Right to Information” currently being developed by the Open Society Initiative."

Disease Pandemics and the Freedom of Opinion and Expression

“The present report of the Special Rapporteur on the promotion and protection of the right to freedom of opinion and expression, David Kaye, is being submitted to the Human Rights Council pursuant to Council resolution 34/18. In the report the Special Rapporteur registers alarm that some efforts to combat the coronavirus disease (COVID-19) pandemic may be failing to meet the standards of legality, necessity and proportionality. The Special Rapporteur highlights five areas of concern, showing that access to information, independent media and other free expression rights are critical to meeting the challenges of pandemic.”