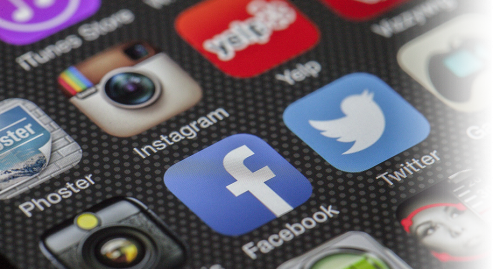 The resources on this Module focus on some of the complex issues related to the digital exercise of freedom of expression. Internet, social media, search engines have largely transformed expression, information, communication. The selected readings highlight the mismatch between practices and the law trying to catch up with the advances of the technology, while seeking to make sense of the normative cacophony.

ARTICLE 19 has submitted our response to the UN Special Rapporteur on freedom expression’s call for comments on the issue of ‘content regulation in the digital age’. In the submission, they address risks to freedom of expression posed by developments in, and increased resort to, online content regulation, including in the following areas: 1) Companies’ compliance with state laws; 2) Companies’ self-regulatory initiatives; 3) Global take-down orders; 4) Insufficient reflection of the interests of users who face particular risks in companies’ Terms of Service; 5) Availability of appeals and remedies; 6) Algorithmic decision-making; amd 7) Lack of transparency.

Automated Online Activity and Freedom of Expression, Assembly and Religion

This video was a part of the ERA’s Conference on Artificial Intelligence (AI) and Human Rights, convened in Brussels in March 2020. In this live-stream, Dan Shefet (Lawyer, Cabinet Shefet, Paris) presents and discusses the advantages of AI decision-making to the justice system. He further discusses the “accountability of private corporations for human rights violations and the challenges in enforcing judgments against them abroad.”

But Facebook’s Not a Country: How to Interpret Human Rights Law for Social Media Companies

“Private social media companies regulate much more speech than any government does, and their platforms are being used to bring about serious harm. Yet companies govern largely on their own, and in secret. To correct this, advocates have proposed that companies follow international human-rights law. That law–by far the world’s best-known rules for governing speech–could improve regulation itself, and would also allow for better transparency and oversight on behalf of billions of people who use social media. This paper argues that for this to work, the law must first be interpreted to clarify how (and whether) each of its provisions are suited to this new purpose. For example, the law provides that speech may be restricted to protect national security, as one of only five permissible bases for limiting speech. Governments, for which international law was written, may regulate on that basis, but not private companies which have no national security to protect. To fill some of the gap, the paper explains and interprets the most relevant provisions of international human-rights law–Articles 19 and 20 of the International Covenant on Civil and Political Rights, which pertain to freedom of expression–for use by social media companies, in novel detail.”

Benesch, Susan. “But Facebook’s Not a Country: How to Interpret Human Rights Law for Social Media Companies.” Yale Journal on Regulation Online Bulletin 38 (2020): 86-111.

Censorship and Collateral Damage: Analyzing the Telegram Ban In Iran

"This research bulletin analyzes the aftermath of the Telegram ban in Iran and presents detailed data on the performance of Psiphon, one of the most widely used circumvention tools among Iranians. The bulletin concludes by reviewing the overarching Internet policies in Iran behind the Telegram ban. In addition, it presents the challenges that arise from the implementation of these policies, both to users and circumvention tool providers, especially as increasingly aggressive network interference becomes the norm."

Censorship by Proxy and other Implications: FOE in the Digital Age

In this segment of the MOOC 'Freedom of Expression in the Age of Globalization' created by Columbia Global Freedom of Expression, Agnès Callamard will highlight the implications of the liability of intermediaries on the realization of the right to freedom of expression. Callamard will focus, in particular, on the concept of censorship by proxy, or the privatization of censorship through the role and the functions of intermediaries. What is the significance of these various liability regimes for free speech? How may they interfere with the realization of my and your freedom of expression and information? These are the two questions I will try to answer in the remaining of that segment.

D. PoKemper: Surveillance Within and Across Borders: FOE in the Digital Age

In this segment of the MOOC created by Columbia Global Freedom of Expression, Dinah PoKempner talks about surveillance and human rights today.

David Kaye on the Global Challenges to Freedom of Expression

“In this public talk hosted by the Center for Media, Data and Society at the CEU School of Public Policy, UN Special Rapporteur David Kaye discussed global threats to freedom of expression. He was introduced by Sejal Parmar, Assistant Professor at the CEU Department of Legal Studies. The agenda of the talk and themes discussed in his lecture and in the ensuing Q&A spanned the following: global threats to freedom of expression; how to promote protective measures to free speech, hate speech and access to information; protection of whistleblowers; role and liability of intermediaries and social media companies; surveillance; digital security; transparency; the Bernstein case, Apple v. FBI; code speech; different national security measures on freedom of expression, and the UN standard on the issue; Facebook posts as reasons for prosecution for incitement; Article 19; the right to be forgotten; content discrimination in relation to freedom of expression; Article 19 to promote government transparency and access to information; the Boycott, Divestment and Sanction Movement and its academic implications; academic freedom; how the Special Rapporteur prioritizes over requests and communications; and, contempt of court in relation to freedom of expression.”

Digital Speech and Democratic Culture: A Theory of Freedom of Expression for the Information Society

“In this essay, Professor Balkin argues that digital technologies alter the social conditions of speech and therefore should change the focus of free speech theory, from a Meiklejohnian or republican concern with protecting democratic process and democratic deliberation, to a larger concern with protecting and promoting a democratic culture. A democratic culture is a culture in which individuals have a fair opportunity to participate in the forms of meaning-making that constitute them as individuals. Democratic culture is about individual liberty as well as collective self-governance; it concerns each individual’s ability to participate in the production and distribution of culture. Balkin argues that Meiklejohn and his followers were influenced by the social conditions of speech produced by the rise of mass media in the twentieth century, in which only a relative few could broadcast to large numbers of people. Republican or progressivist theories of free speech also tend to downplay the importance of nonpolitical expression, popular culture, and individual liberty. The limitations of this approach have become increasingly apparent in the age of the Internet. By changing the social conditions of speech, digital technologies lead to new social conflicts over the ownership and control of informational capital. The free speech principle is the battleground over many of these conflicts. For example, media companies have interpreted the free speech principle broadly to combat regulation of digital networks and narrowly in order to protect and extend their intellectual property rights. The digital age greatly expands the possibilities for individual participation in the growth and spread of culture, and thus greatly expands the possibilities for the realization of a truly democratic culture. But the same technologies also produce new methods of control that can limit democratic cultural participation. Therefore, free speech values – interactivity, mass participation, and the ability to modify and transform culture – must be protected through technological design and through administrative and legislative regulation of technology, as well as through the more traditional method of judicial creation and recognition of constitutional rights. Increasingly, freedom of speech will depend on the design of the technological infrastructure that supports the system of free expression and secures widespread democratic participation. Institutional limitations of courts will prevent them from reaching the most important questions about how that infrastructure is designed and implemented. Safeguarding freedom of speech will thus increasingly fall to legislatures, administrative agencies, and technologists.”

Balkin, Jack. “Digital Speech and Democratic Culture: A Theory of Freedom of Expression for the Information Society”. New York University Law Review 79, no. 1 (2004).