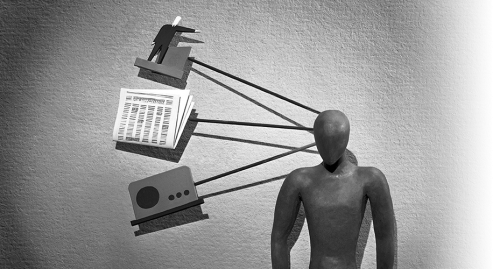 Drawing on the work of thinkers from various political, cultural and religious traditions, the Module provides resources that explore why freedom of expression and information matters. It distinguishes between the main theories underpinning the protection of free speech and the rejection of censorship, and links these philosophical arguments to more recent international political developments.

"Where Should Speech be Free? Conceiving Liberal Theories of Free Speech"

Danbury explores the frequent tension between the statutory universality of human rights, in this case free speech on one hand, and the challenges to such assertions on cultural grounds on the other. Danbury points to four reasons that free speech should be universal: 1) discussions about free speech and related questions in liberal democracies that frequently invoke references to democracy and the values of liberalism can lead to a relativist assumption that liberal arguments that defend free speech are more limited than is appropriate; 2) placing liberal theories of free speech in a wider context draws attention to the fact that arguments that exist for free speech can be severed from debates about wider aspects of political philosophy; 3) the fact that the free-speech theories described can be somewhat disengaged from their political context is of importance in a world of Internet communication where, given the prevalence, immediacy, and internationality of such communication, questions of the relativity of freedom of speech become acute; and 4) free speech theories provide an approach that can be overlooked to resolving dilemmas related to speech within liberal democracies.

"The press, long enshrined among our most highly cherished institutions, was thought a cornerstone of democracy when its name was boldly inscribed in the Bill of Rights. Freed from governmental restraint, initially by the first amendment and later by the fourteenth, the press was to stand majestically as the champion of new ideas and the watch dog against governmental abuse. Professor Barron finds this conception of the first amendment, perhaps realistic in the eighteenth century heyday of political pamphleteering, essentially romantic in an era marked by extraordinary technological developments in the communications industry. To make viable the time-honored "marketplace" theory, he argues for a twentieth century interpretation of the first amendment which will impose an affirmative responsibility on the monopoly newspaper to act as sounding board for new ideas and old grievances."

Declaration of Principles on Freedom of Expression

In October 2000, following extensive debates among different civil society organizations, and in support of the Office of the Special Rapporteur for Freedom of Expression, the Inter-American Commission on Human Rights approved the Declaration of Principles on Freedom of Expression.  The Declaration constitutes a basic document for interpreting Article 13 of the American Convention on Human Rights.

Free Speech in an Economic Perspective

Posner offers an economic model by which to evaluate the costs and benefits of regulation in speech cases.

“The objective of this publication is to present inter-American jurisprudence that defines the scope and content of this right in a systematic and updated way. Among the most important topics it highlights: the importance, function, and characteristics of the right to freedom of expression, as well as the types of speech protected; the prohibition of censorship and indirect restrictions; the protection of journalists and social communications media; the exercise of freedom of expression by public officials; and freedom of expression in the area of electoral processes.”