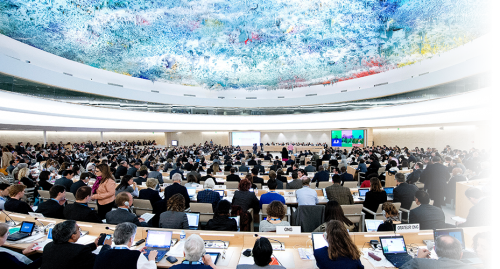 The resources on this Module highlight the many commonalities between the United Nations system of protection for freedom of expression, and the regional systems in Europe, Africa and the Americas. Readings focus on their birth and development, their main treaties and freedom of expression provisions, and their corresponding instruments of enforcement and accountability, primarily Courts.

This article examines the constitutionality of Sedition Laws in the United States and its relation with the freedom of speech and expression. The author also provides an account of the historical underpinnings of Sedition Laws.

This article, by looking back through almost the last 100 years of American history, shows that the current laws on sedition and free speech in the post-9/11 era parallel those adopted from two other time periods in American history, i.e. World War One and the Cold War. It also argues that changes in current sedition laws are not needed to fight the war on terrorism five years after the attacks on September 11, 2001.

This introductory lesson on Freedom of Expression, delivered by Prof. Tomás Vial, is Lecture 9 of the free online course on International Human Rights Law offered by MOOC Chile. In this lesson, Prof. Vial explores answers to primarily two questions: 1) what is the freedom of expression? and 2) why is it an important right? Identifying the freedom of expression as an essential right in a democratic society, Prof. Vial elaborates on the following in this lesson: 1) sources of freedom of speech in International Human Rights Law, 2) the types of discourses which are protected and those which are not, 3) the main justifications for the protection of free expression, and, 4) the main restrictions to which the freedom of expression may be subjected.

Is Freedom of the Press A Redundancy: What Does it Add To Freedom of Speech?

Nimmer argues that the existence of both a speech and a press clause suggests that a speech-press duality was intended under the First Amendment. He discusses precedent at the US Supreme Court which make apparent and engage with the distinction.

Nimmer, Melville B. Introduction--Is Freedom of the Press a Redundancy: What Does it Add to Freedom of Speech, 26 Hastings L.J. 639 (1975). Available at: https://repository.uchastings.edu/hastings_law_journal/vol26/iss3/2

Nationalism and the Marketplace of Ideas

This book mounts a criticism of the Millian defense of freedom of expression and the underlying harm principle and provides for an alternate paradigm in the “offense principle”. Discussions are based around US First Amendment precedent.

Seditious Libel and the lost guarantee of a Freedom of Expression

This article advances a new understanding of the original guarantee of freedom of speech under the American Constitution, before the First Amendment. It is also about the modern implications of the original guarantee about speech-how it provides tougher and more juridical standards for limiting discretionary government power over speech and how it avoids costs to speech that America presently tolerates under a wholly rights-oriented and litigation-intensive mode of protecting speech.

The antagonism between Freedom of Speech and Seditious Libel

Blasi provides, in the context of the US First Amendment, the canonical iteration the notion that free speech performs the function of checking governmental abuse of power, and discusses its utility as a consideration in adjudication on free speech issues.

“The normal treatment of governmental regulation of markets makes a sharp distinction between the ordinary market for goods and services and the activities covered by the First Amendment-speech, writing, and the exercise of religious beliefs -which [. H. Coase] call[s], for brevity, "the market for ideas." […] What is the general view that [R. H. Coase] will be examining? It is that, in the market for goods, government regulation is desirable whereas, in the market for ideas, government regulation is undesirable and should be strictly limited. In the market for goods, the government is commonly regarded as competent to regulate and properly motivated. Consumers lack the ability to make the appropriate choices. Producers often exercise monopolistic power and, in any case, without some form of government intervention, would not act in a way which promotes the public interest. In the market for ideas, the position is very different. The government, if it attempted to regulate, would be inefficient and its motives would, in general, be bad, so that, even if it were successful in achieving what it wanted to accomplish, the results would be undesirable.”