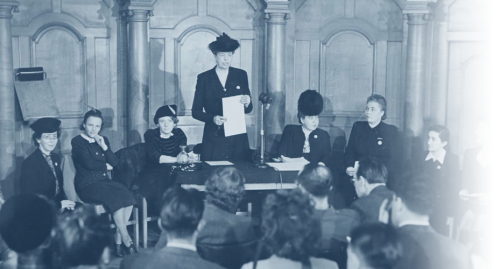 Scope of Freedom of Expression

This Module focuses on the extent and limits of freedom of expression under international human rights treaties beginning with the ICCPR, as well as under the regional human rights conventions of Europe, the Americas and Africa. The Module includes extensive readings and jurisprudence on the three-part test, the legal test that governs in many countries around the world the legitimate restrictions to freedom of expression

Contempt of Court and Free Speech

This book review discusses the theory of Contempt of Court, in the context of its removal from the English courts, the European Convention on Human Rights, the Australian High Courts, and the Tasmanian case of a newspaper called The Mercury, and concludes with the note that though our Constitution adopted British law as frozen in 1950, it has failed to since then keep up with the developments in it, or with its spirit.

Freedom of Expression and Censorship – The Indian Experience

This article discusses the importance of the freedom of expression and the freedom of press in the Indian context, and in the specific context of the constitution and the restrictions it allows to be placed on it. It then discusses censorship as an inevitable result of this, focusing on prior restraint and traces the history of legislation and cases on these principles, from the perspective of both civil and criminal law, and concludes with recommendations on changes which are needed, mentioning the law of contempt specifically.

Freedom of expression toolkit: a guide for students

Freedom of Speech and Contempt of Court

This article is a comment on the EMS Namboodiripad v. T N Nambiar case (ref. ), which also discusses the evolution of the Indian law of Contempt, the influence of the English law on it, and suggests that the power of the courts under ‘contempt’ should be redefined in the context of ‘reasonableness’, and says that the dicta of the chief justice insofar as it restricts the restriction on freedom of expression only to cases where contempt is ‘manifest’ or ‘substantial’ is a definite improvement. It notes that the law of contempt is necessary, but should be redefined and limited to cases where it actually interferes with the administration of justice.

Human Rights: The Right to Freedom of Expression

This short course 'Human Rights: The Right to Freedom of Expression' created by Amnesty International "will equip you with the knowledge to understand and claim your right to freedom of expression, and the skills and confidence to take action to defend it. Learn from the experts at Amnesty International how to claim and defend your rights in this human rights course. You will be challenged to think critically and devise effective actions to defend the human rights of others. You will be able to adapt the human rights of freedom of expression, association and assembly to real life situations and come face-to-face with human rights activists on the front line of human rights defense." "The course ran from 17 November to 8 December 2015 and remains online for you to browse or refresh your knowledge in archive mode."

International Standards for Freedom of Expression: A Basic Guide for Legal Professionals in Latin America

“The report aims to translate in a concise and clear manner more than 70 years of international jurisprudence on freedom of expression, and outline a road map for judicial operators so that they can make decisions that are in line with international standards.” Available only in Spanish.

This lesson is part of an International Human Rights free online course created by the MOOC Chile project. The lesson answer the questions: What is freedom of expression? And why it is an important right? "In this class [they] first refer to the sources of freedom of speech in international human rights law as well as to which aspects are covered by it. [They] will also explain which types of discourse are protected and which not. Then [they] will summarize the main justifications given for protecting speech freedom. After that, [they] will deal with the main restrictions to which the freedom of expression may be subjected."